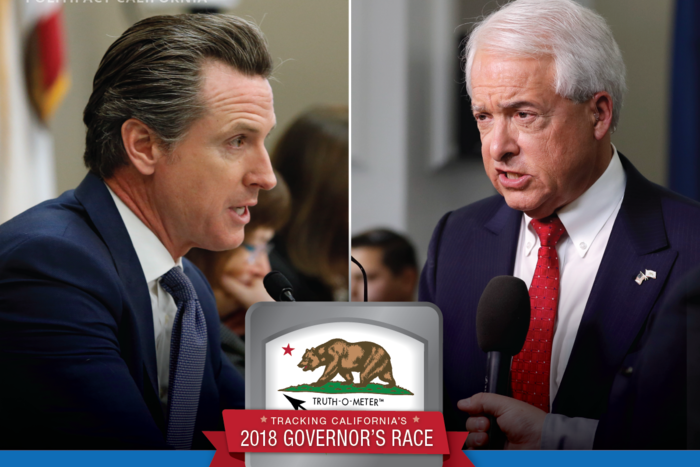 As a part of the US midterm elections, California gubernatorial election will be held on November 6, 2018, to elect the next Governor of Golden state. The race is between Gavin Newsom and John H. Cox. The winner will assume office on January 7, 2019.

Incumbent Democratic Governor Jerry Brown was ineligible to run for reelection for a third consecutive (or fifth non-consecutive) term due to term limits from the Constitution of California.

According to a new University of Southern California Dornsife/Los Angeles Times poll there is little chance for the Republican businessman John Cox to lead the race. Among other things, Cox was endorsed by president Trump, which is considered to have put more pressure on the candidate and made him more vulnerable in the traditionally Democrat-tilting California.

Survey findings provide a different picture of the race than a poll released in late September by the nonpartisan Public Policy Institute of California. That survey found Cox on the rise and trailing Newsom by 12 percentage points.

According to the poll, Newsom leads Cox among both men and women, Latinos and across voter income and education levels. The former San Francisco mayor also dominates California’s two biggest population centers, the San Francisco Bay Area and Los Angeles County, home to just under half the voters in the state.