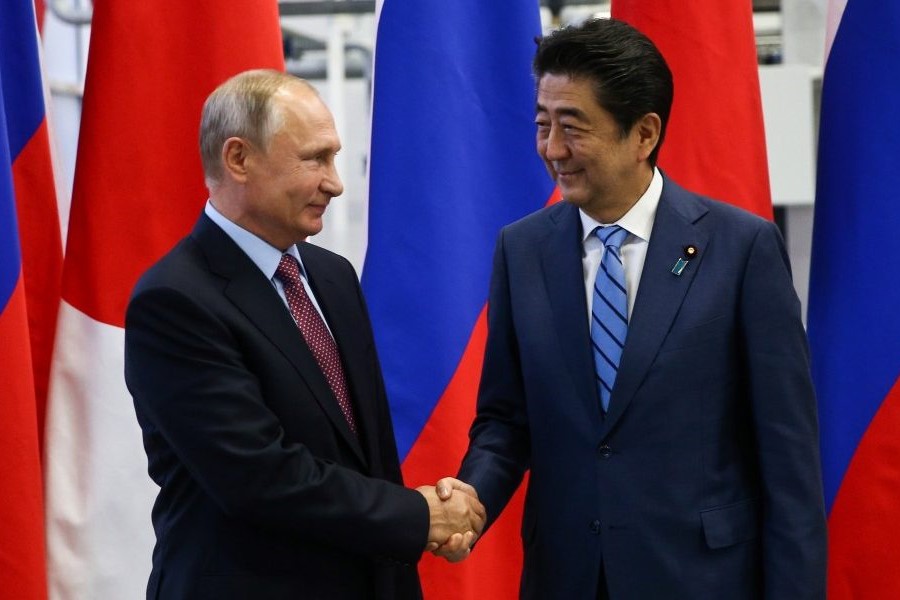 Speaking at the opening of Japan's parliamentary session on Wednesday, Prime-Minister Shinzo Abe said that Tokyo is ready to sign a peace treaty with Moscow based on the solution of the decades'-long territorial dispute over southern Kuril islands.

"Relations with Russia are in abnormal state. The two countries have been without a peace treaty for more than 70 years," he said. The prime minister noted that the agreements reached during Russian President Vladimir Putin’s visit to Japan in December 2016 are being gradually implemented.

"Based on relations of confidence with President Vladimir Putin, we will solve the territorial issue and sign the peace treaty with Russia. We will open a new era in bilateral relations."

During a discussion at the Eastern Economic Forum, Putin suggested japan to sign a peace treaty until the end of this year without any preliminary conditions.

Earlier, the Japanese PM said that the peace treaty would be impossible without a comprehensive solution of the territorial dispute, although president Vladimir Putin explained that Russia was not intending to abandon the idea of such a solution, suggesting instead that signing of the agreement would raise the level of mutual confidence between the two states and propel the desired solution as well as the further cooperation.